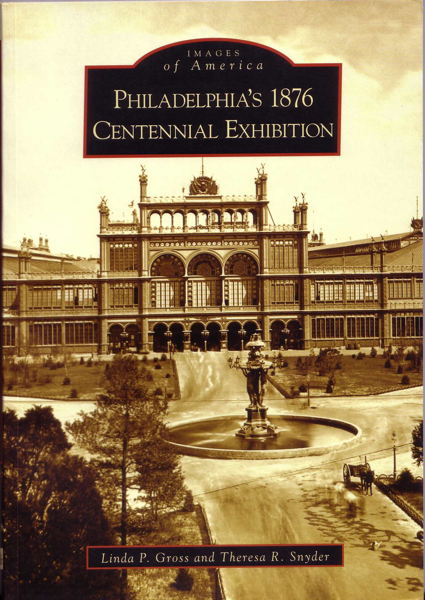 
Held in Philadelphia from May 10 through October 10, the 1876 Centennial Exhibition celebrated the 100th anniversary of American independence.

Philadelphia hosted 37 nations in five main buildings and 250 additional structures on 285 acres of land. The celebration looked backward to commemorate the progress made over the 100-year period, and it announced to the world that American invention and innovation was on a par with that of our foreign counterparts. Patriotism abounded, as did messages of industrial and commercial prowess that promised a brighter future for all. Over nine million people attended this awesome consumer spectacle, an event that set the tone for a long series of world's fairs yet to come.

Linda P. Gross is the reference librarian at the Hagley Museum and Library in Greenville, Delaware, and Theresa R. Snyder is the deputy director for library administration. They have researched extensively on the Philadelphia Centennial Exhibition and prepared the Hagley exhibit entitled Centuries of Progress: American World's Fairs, 1853 to 1982.

The Images of America series celebrates the history of neighborhoods, towns, and cities across the country. Using archival photographs, each title presents the distinctive stories from the past that shape the character of the community today. Arcadia is proud to play a part in the preservation of local heritage, making history available to all.