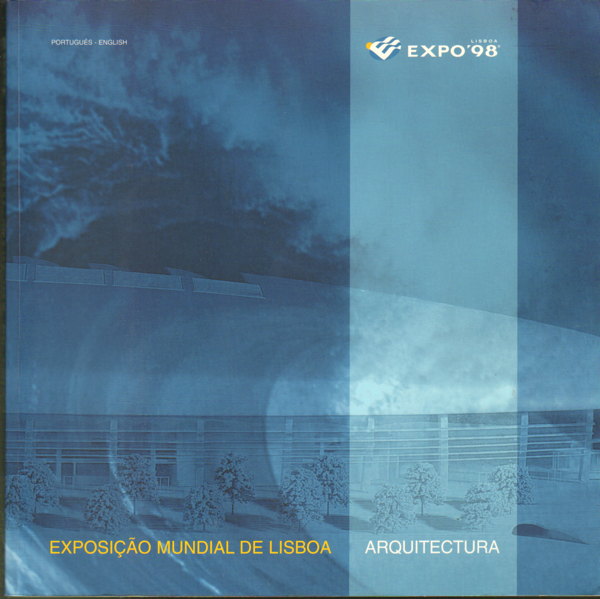 This book represents a contribution to the promotion of EXPO '98 in urbanistic and architectural terms.

Here we have a preview of the constructed area which will welcome the last world exposition of the XXth century, with the theme "The Oceans, a Heritage for the Future", in the International Year of the Oceans. It is a space which reflects an opening to creativity, the confluence of different aesthetic languages and expressions, unified by the place, the design of public space and by the global interpretation of its expositive organization.

From May 22 to September 30, EXPO '98 will constitute a city welcoming millions of visitors in a dynamic and festive context, a meeting place to share experiences, where informational, artistic, cultural, scientific, entertainment and economic aspects converge. However, the opportunity to host the event is associated with profound urban transformation, directed within the perspective of urban reconversion and environmental reclassification. Where before there was an industrial port platform, which was marginal and obsolete, a new metropolitan centre has been constructed, in line with a studied plan for the modernization of the Greater Lisbon area, within regional, national and international perspectives.

It was necessary to develop the complex and in-depth work of planning, conception, construction and management. Beginning in 1989 with the presentation of the Portuguese application, which was chosen in 1992 by the BIE, the capacity to rise to the challenge has been confirmed. Here new "landmarks" are bequeathed to the city; but beyond the exaltation of the ephemeral and the exceptional, the concept that the city also constitutes a "heritage for the future" has been promoted, something we inherit, preserve and cherish for future generations.

I hope that this book provides an incentive to visit EXPO '98 and once there, for its success to be confirmed.